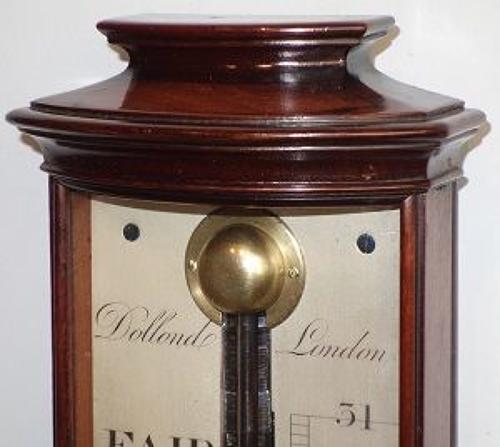 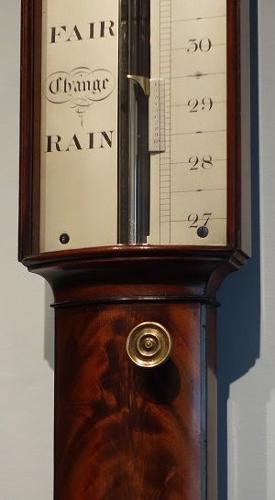 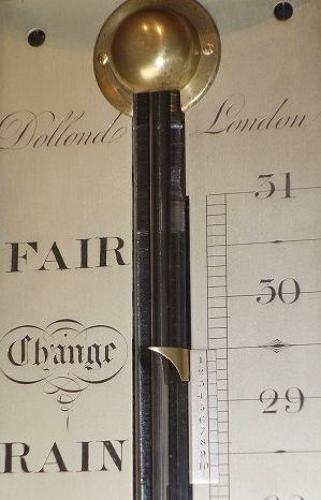 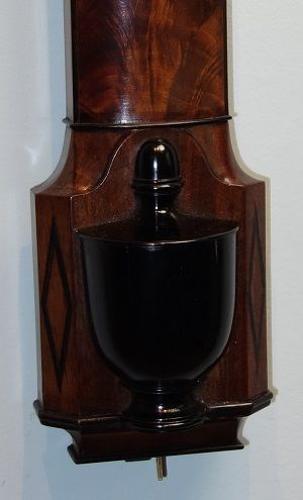 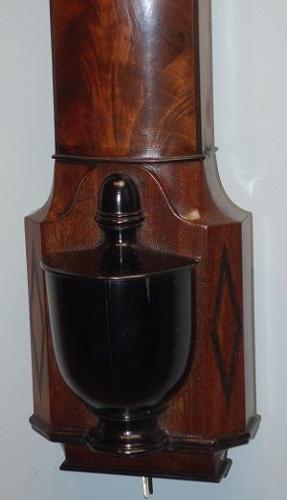 Dollond, London. c.1825-30.
Very impressive Regency bow-fronted London stick barometer of the highest quality. The bow-fronted case with 'ogee' moulded pediment, is veneered in the finest quality flame mahogany veneers of lovely colour. The barometer is fitted with a detachable glazed bowed thermometer box containing a long mercury thermometer on a very well engraved plate with a Fahrenheit scale.
The silvered register plates are again very well engraved with a 27"-31" scale and the makers name, 'Dollond, London'. The plates are fitted with a rack and pinion operated vernier.
The canted corners of the base are inlaid with ebony diamonds, with the ebonised turned urn shaped cistern cover concealing the boxwood cistern.
(The renowned Dollond family of instrument makers was founded by Peter Dollond circa 1750 and continued until the early 1900's when it was bought by Aitchison, hence Dollond and Aitchison .
This barometer was made during the period of George Dollond, (1774-1856) who continued the business after the death of his uncle, Peter, in 1820. He was instrument maker to Willian IV and Queen Victoria.)