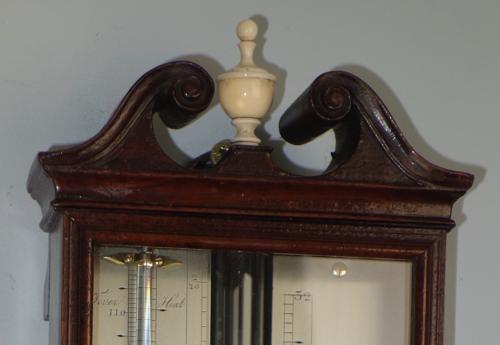 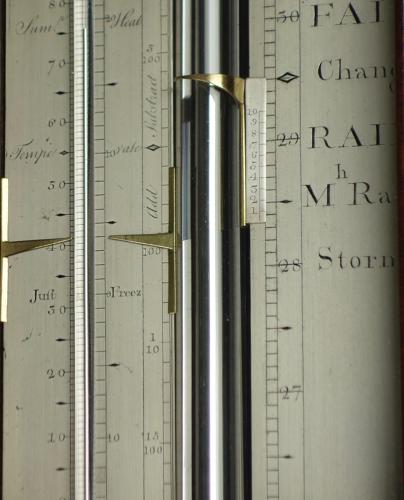 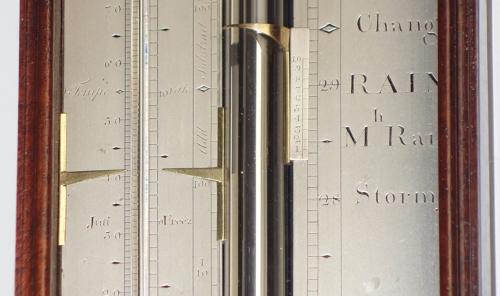 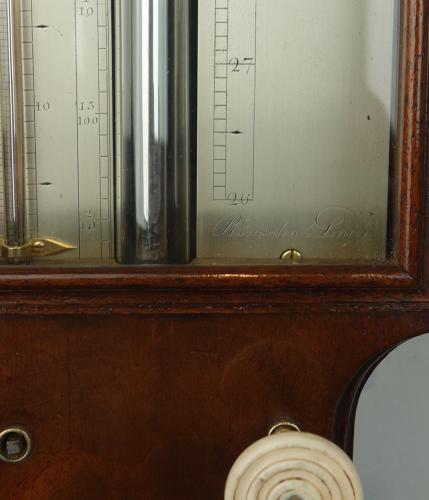 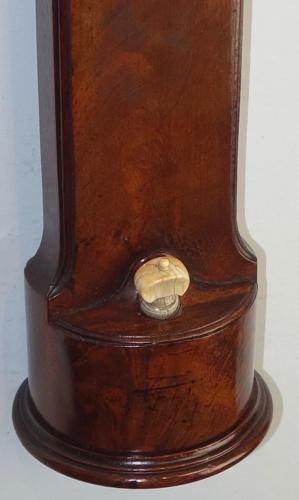 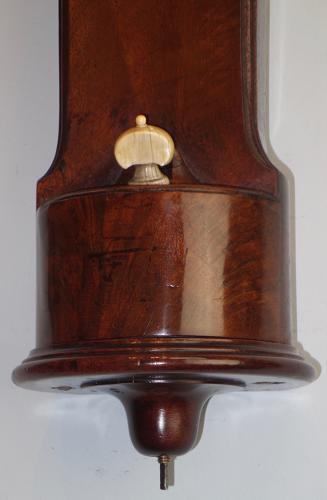 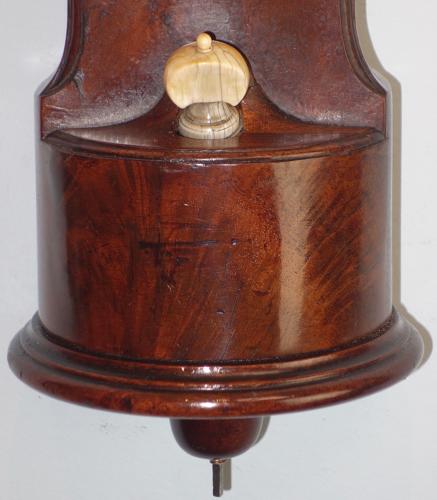 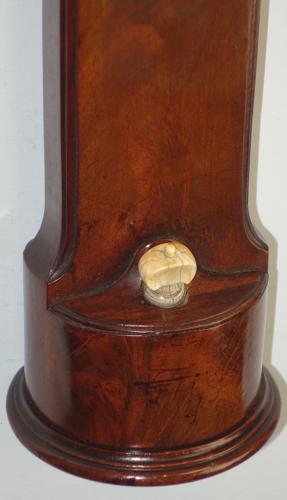 A truly exceptional and incredibly rare barometer by the most revered instrument maker Jesse Ramsden of London.

Ramsden is credited with inventing the form of pointer (or index) which enabled the meniscus of the mercury to be read without parallax, and with the ivory point method zeroing the mercury level in the cistern and the temperature compensation scale designed to allow for the thermal expansion of mercury. These features all allow for the most accurate reading of atmospheric pressure and are rarely found in domestic barometers, this instrument utilises all three: the ivory pointer; the double index and the compensation scale.

Everything about this instrument is designed for accuracy but housed in a very elegant mahogany case destined for a private house with a 'gentleman' owner with a serious interest in the 'philosophical' sciences of the Georgian era.

A Ramsden bow front barometer is something that all barometer collectors aspire to owning "one day", but this is more than a Ramsden barometer, it is a true Ramsden instrument which contains the great man's best efforts and thoughts on how to record the most accurate readings of the atmospheric pressure possible at the time. By far a rarer item than the later bow-fronted variety.

Who knows how many of these instruments were made, but even Goodison has only a 'contemporary drawing, dated 1772' of this barometer to show in his book, 'English Barometers 1680-1860' and discusses the features and merits of the instrument with never having seen an actual example, stating that at the time of writing he had ' yet to see an example by Ramsden' when discussing the scale of compensation for the effect temperature has on the reading of the pressure, the rear of the scale and the double pointer on this barometer are engraved with a number 3, possibly only the third of it's type.