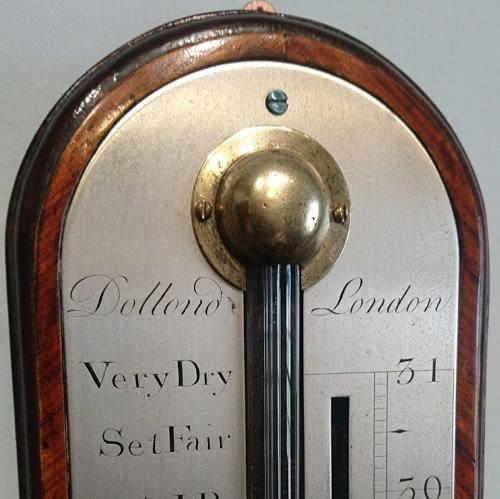 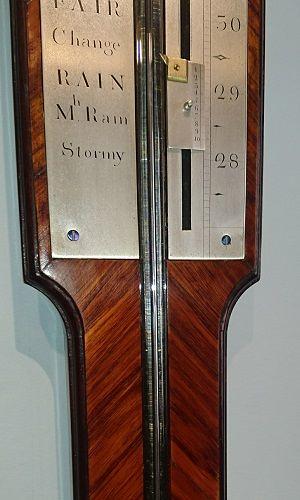 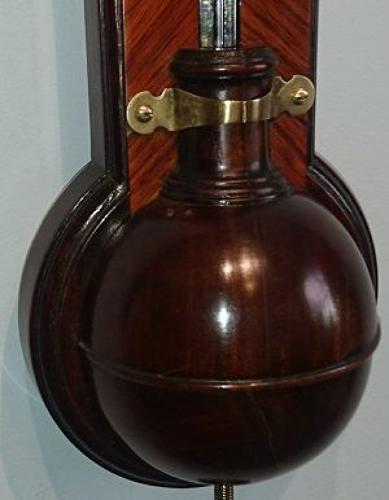 Good and unusual late 18th Century kingwood and mahogany stick barometer of smaller than usual proportions; the arched top with well engraved, silvered brass register plate with a manually operated vernier, signed 'Dollond, London'.
The case is unusually herringbone-veneered in kingwood rather than the typical mahogany , with exposed barometer tube with boxwood cistern concealed behind the turned mahogany hemispherical cistern cover.
The case is shorter than typical, measuring only 36" compared to the more typical 39" of other barometers of the same design.

The renowned family firm of barometer makers, Dollond, originated with Peter Dollond in 1750 who was appointed 'Optician and Instrument Maker to King George III', he took various members of his family into the business during the 18th century but it was his nephew George who continued the business upon Peter's death in 1820 with the business continuing on into the 20th century when it was taken over by the firm Aitchison, hence 'Dollond & Aitchison' the opticians. Most of the barometers made by the firm are just signed 'Dollond' rather than Peter or George etc, this barometer dates from c.1790, when Peter was the head of the firm but both he and George were active in the firm at this time.