Excellent early mahogany stick barometer by the important London maker Adams, c.1790. The round topped mahogany case with moulded edges is veneered with book matched Cuban mahogany, terminating with a turned hemispherical cistern cover. The silvered brass scale ,with considerable signs of age, fitted with a spirit filled thermometer and a manually operated vernier, is engraved with the maker's name and address, 'Adams, Fleet Street, London'.The exposed tube terminates with a box wood cistern concealed behind a hemispherical turned cistern cover and fitted with a portable screw.

(George Adams (Junior), born 1750-died 1795. He was apprenticed in 1765 to his father, also named George, inherited the business in 1772 and moved to 60 Fleet Street in 1773 until his death in 1795. With the inheritance of the business he became instrument maker to George III and later optician to the Prince of Wales(George IV).It was said that his instruments were at least as good as those of his father and he wrote many articles, dissertations and essays on scientific instruments.) 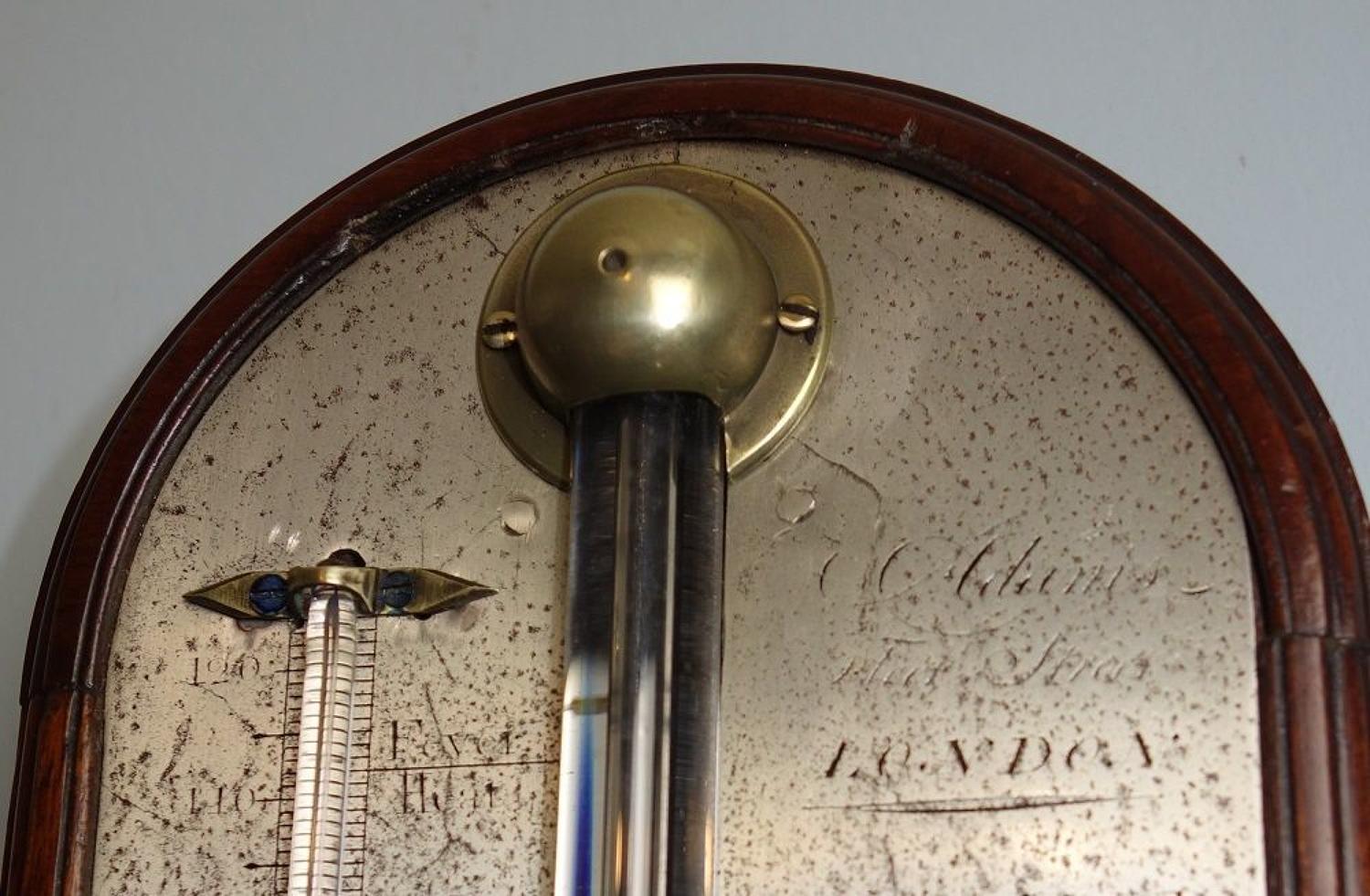 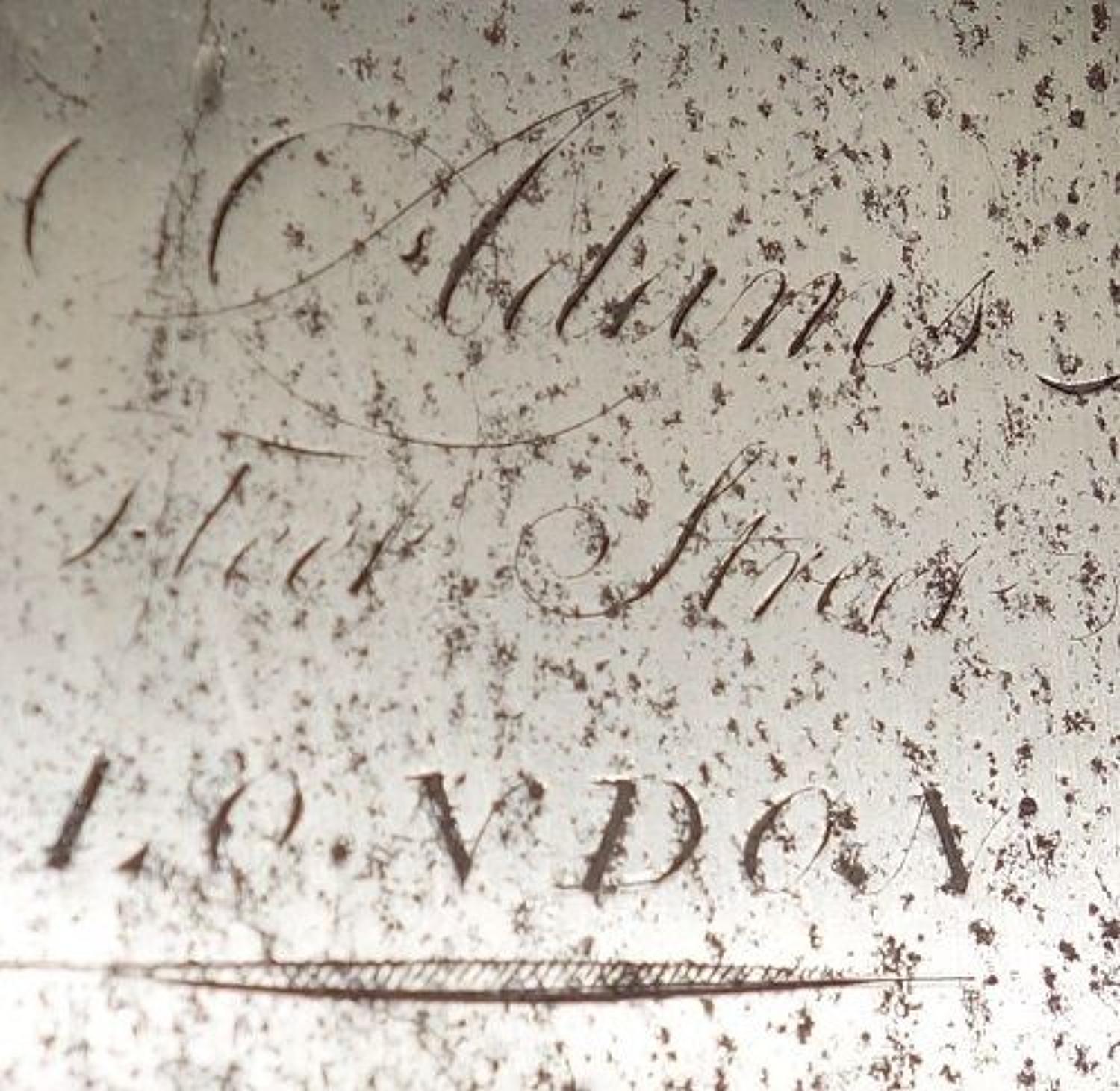 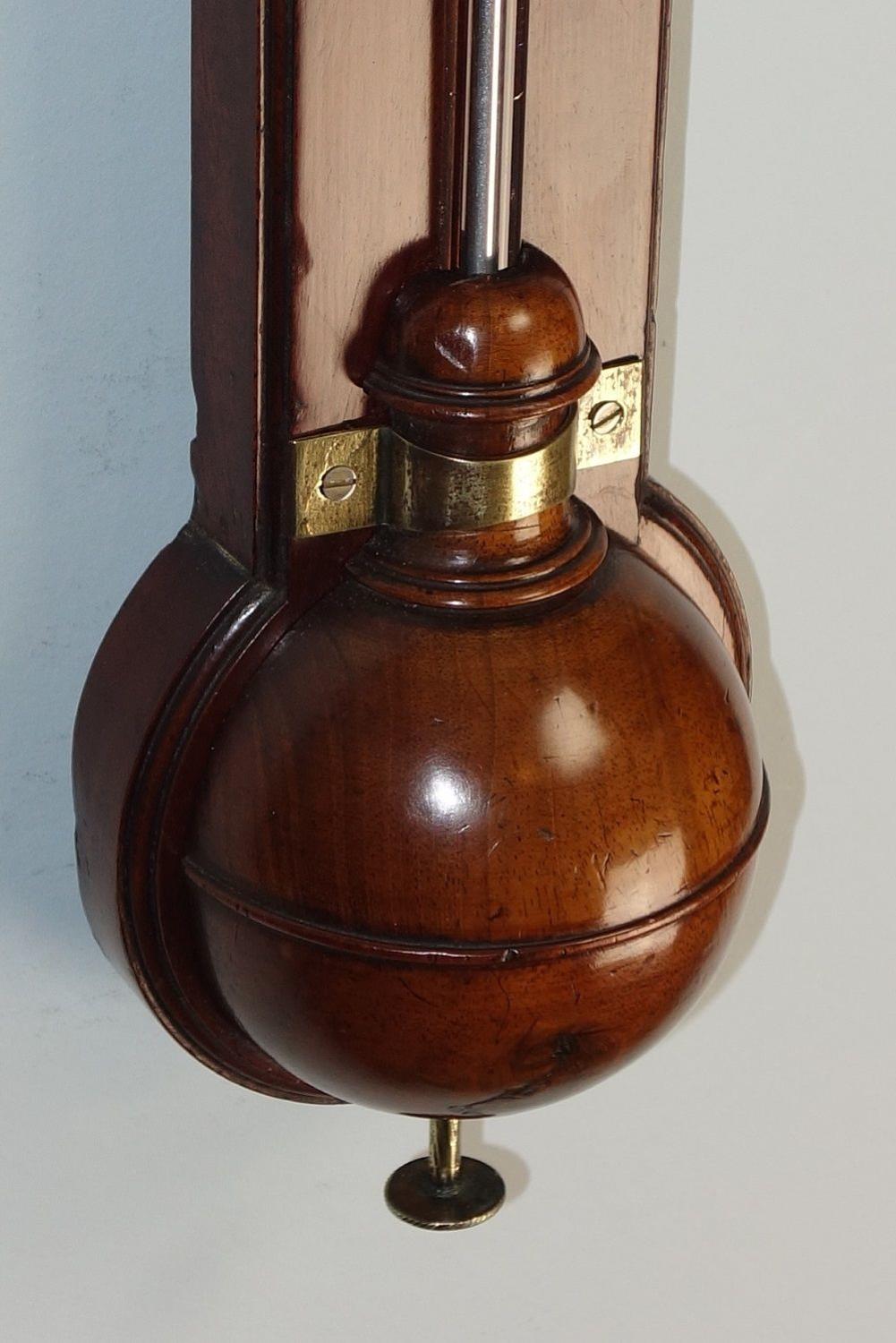