A true collectors piece.
Extremely rare quarter repeating bracket clock with Battersea enamel dial and silent verge escapement by Samuel Toumlin, London. c.1770.
A George III ebonised bracket clock, with pull quarter repeat on bells, 8 day double fusee movement, rare silent verge escapement, finely engraved backplate, the arched 'Battersea' enamel dial signed 'Samuel Toulmin, London,' with subsidiary Strike/Silent dial, to painted decoration, the bell top case with a brass carrying handle, pierced fret sides.
See Barder, Richard C.R. The Georgian Bracket Clock 1714 - 1830, for a similar example by James Upjohn. This rare enamel dial is thought to be the work of a former Battersea enamel worker, Anthony Tregent. Who on leaving the enamel factory set up his own business in Denmark Street. Anthony's brother, James was a well known London clockmaker.
There are only a handful of both longcase and bracket clocks with these type of dials known to survive. This clock is the best example of a bracket clock with a Battersea enamel dial we can find evidence of, most having fairly standard eight day double fusee moments striking on a single bell where as this is a pull quarter repeating movement striking on a nest of bells and then to top it off having very rare 'silent verge' escapement.
Samuel Toulmin is recorded as working in the strand from circa 1757 until 1783; a number of watches and clocks are recorded signed by him including a bracket clock in the Virginia Museum, a watch in the china Gelis collection
and a watch in the Guildhall Museum. 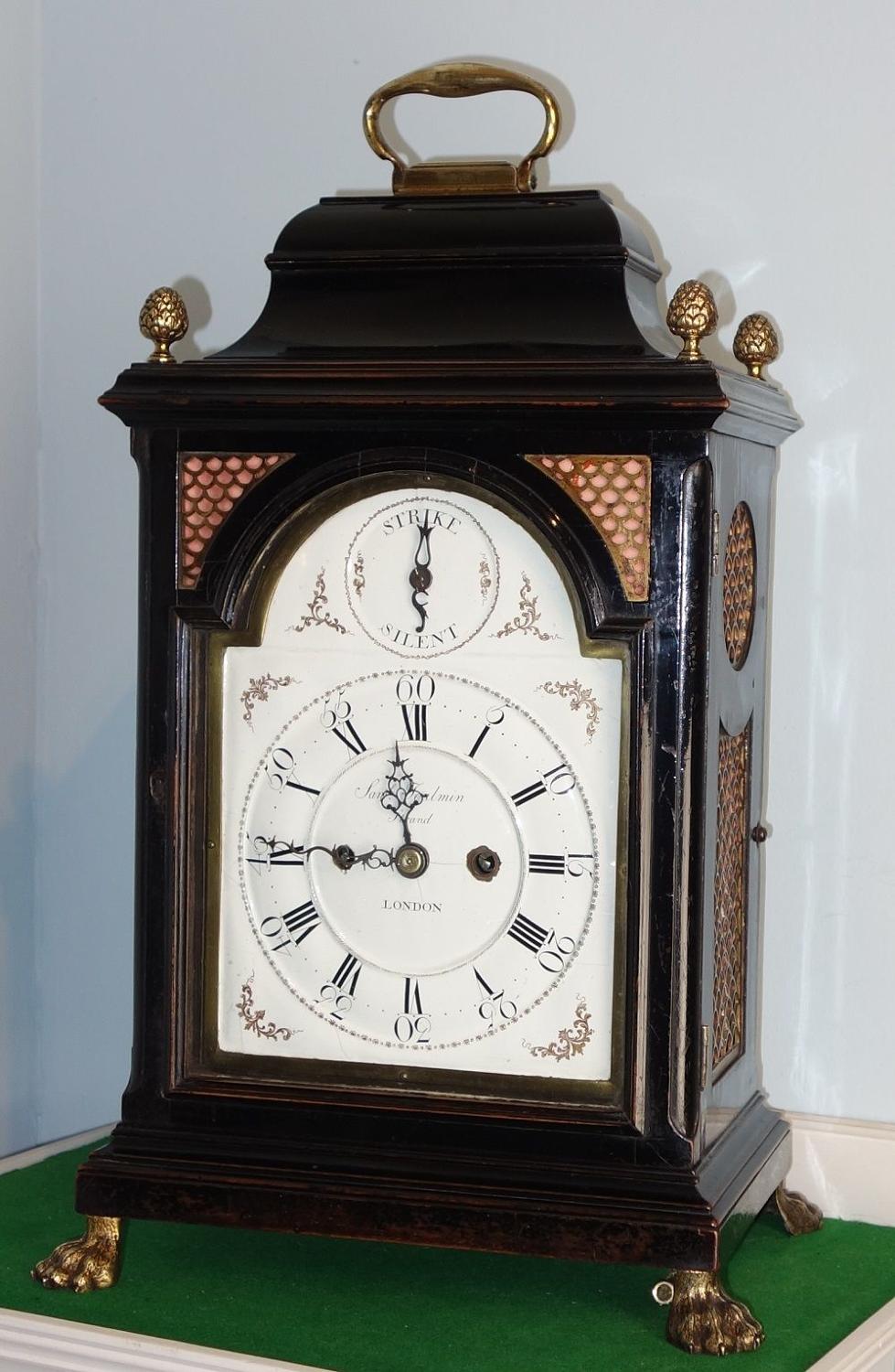 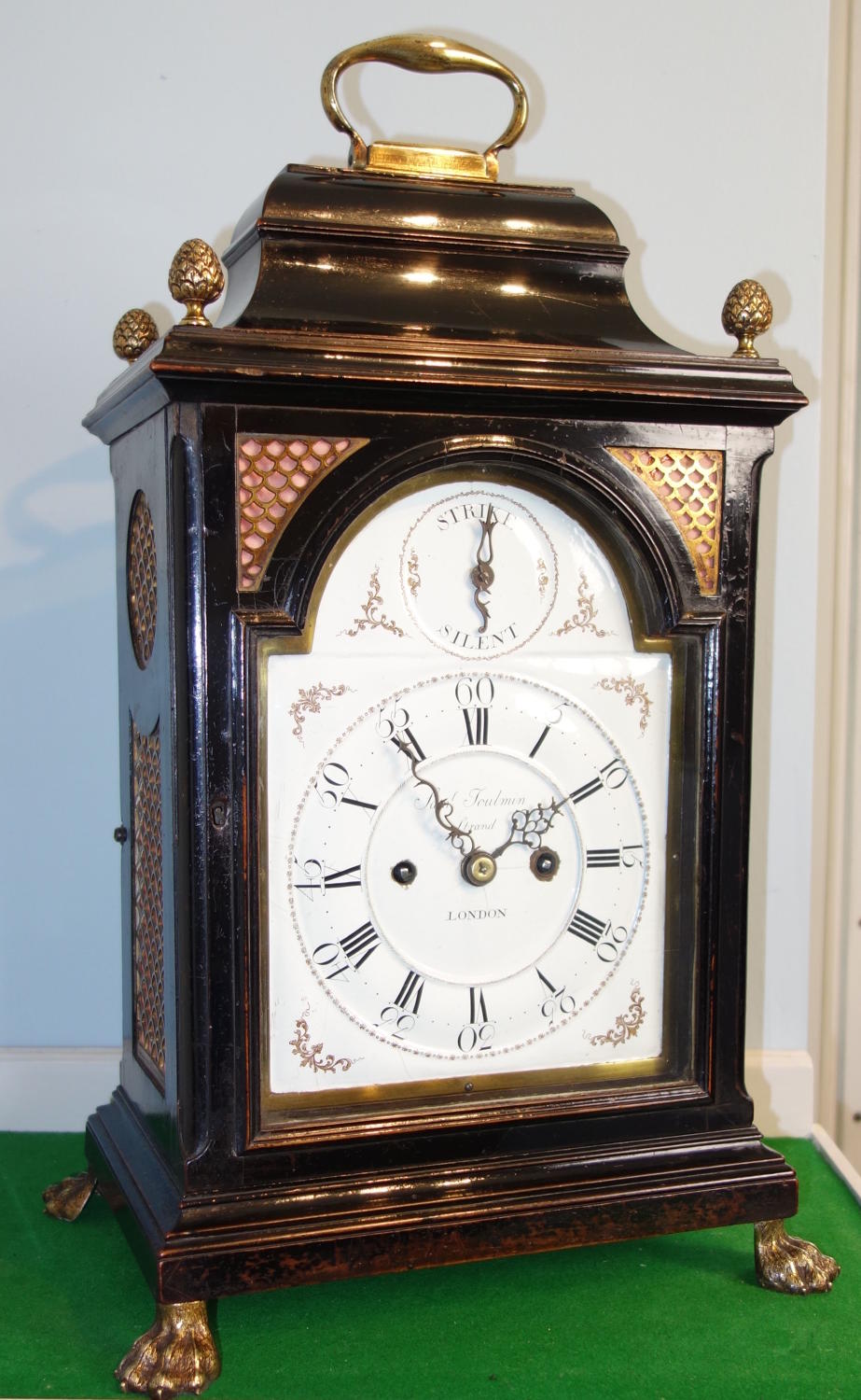 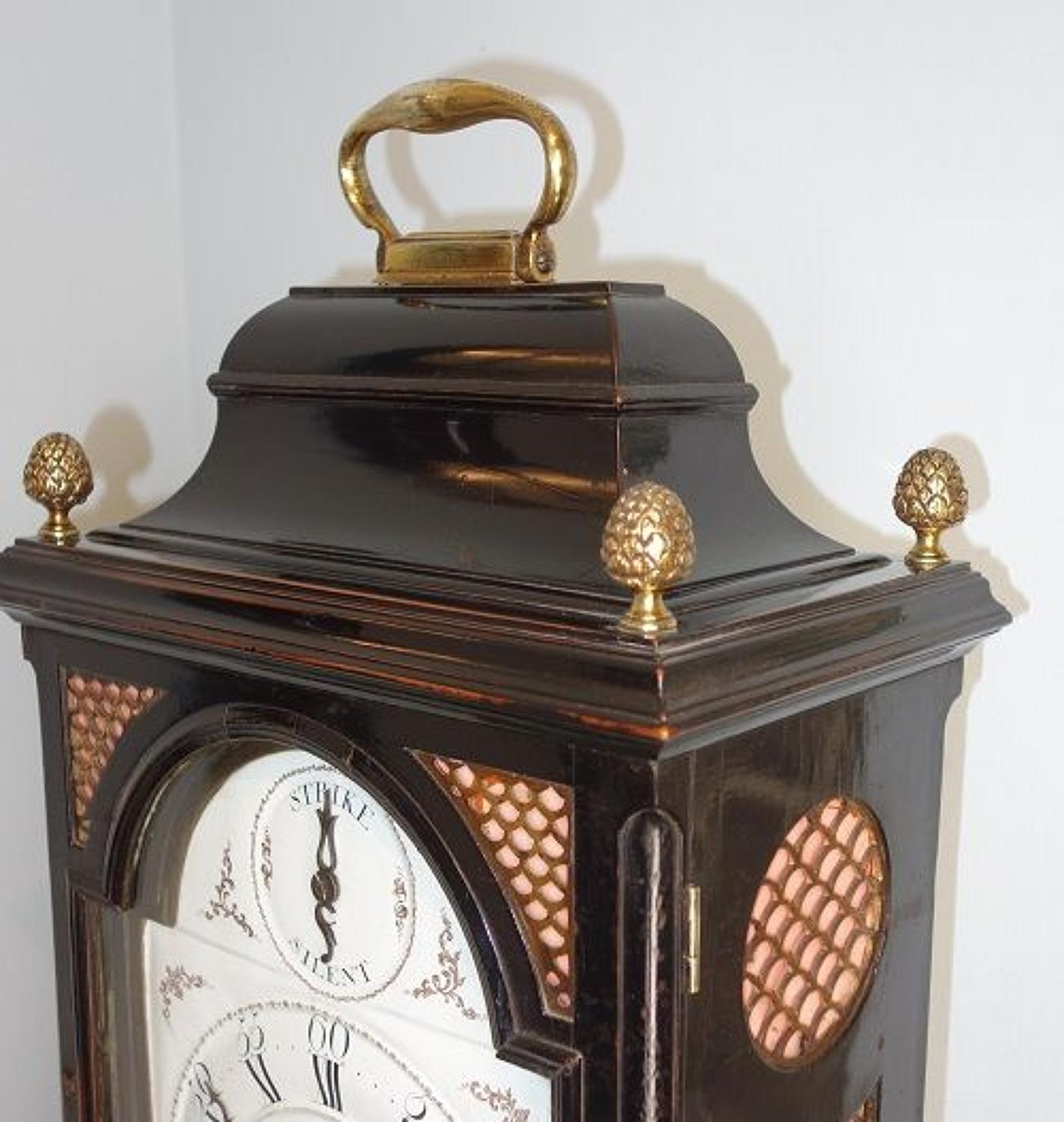 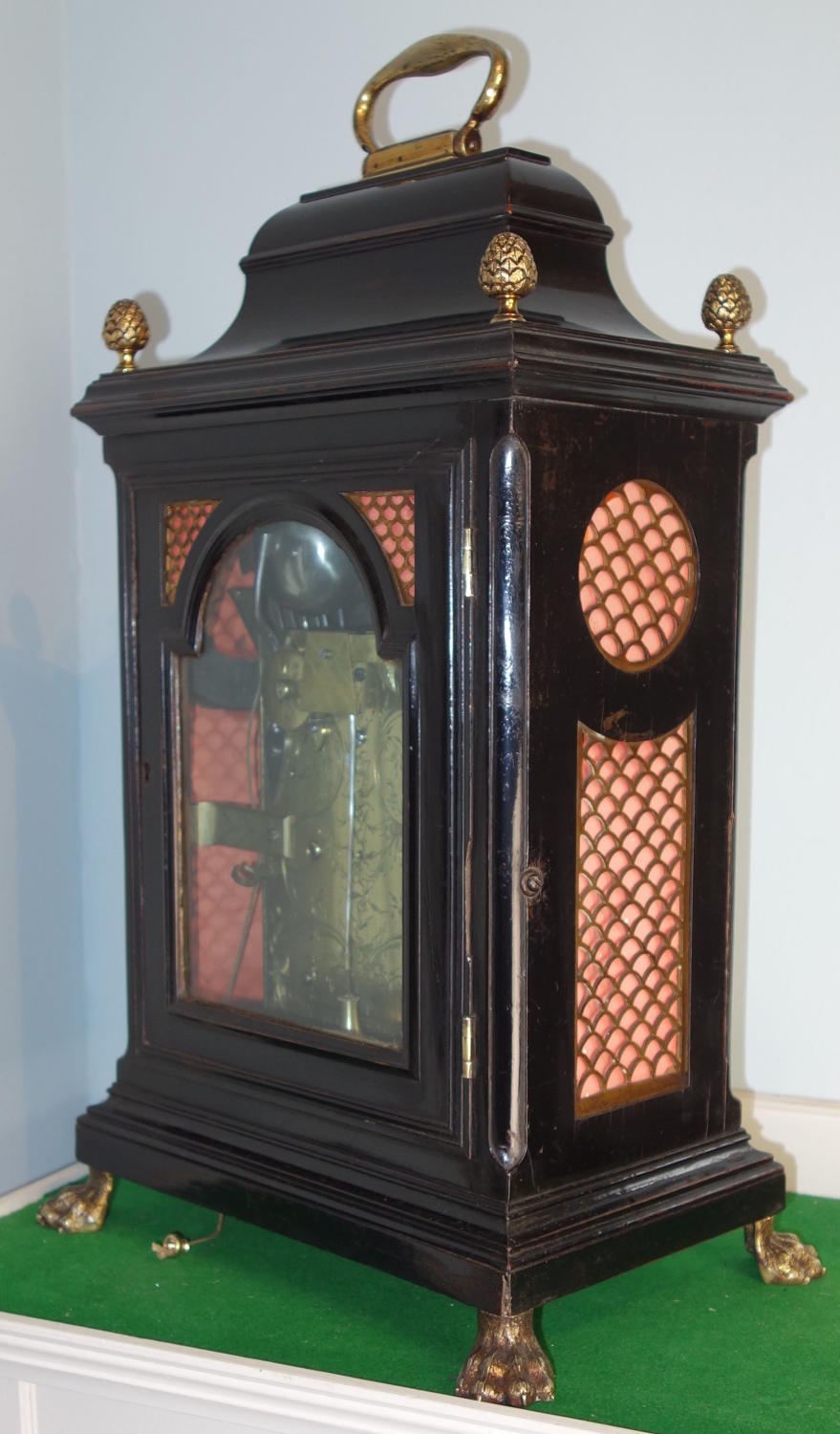 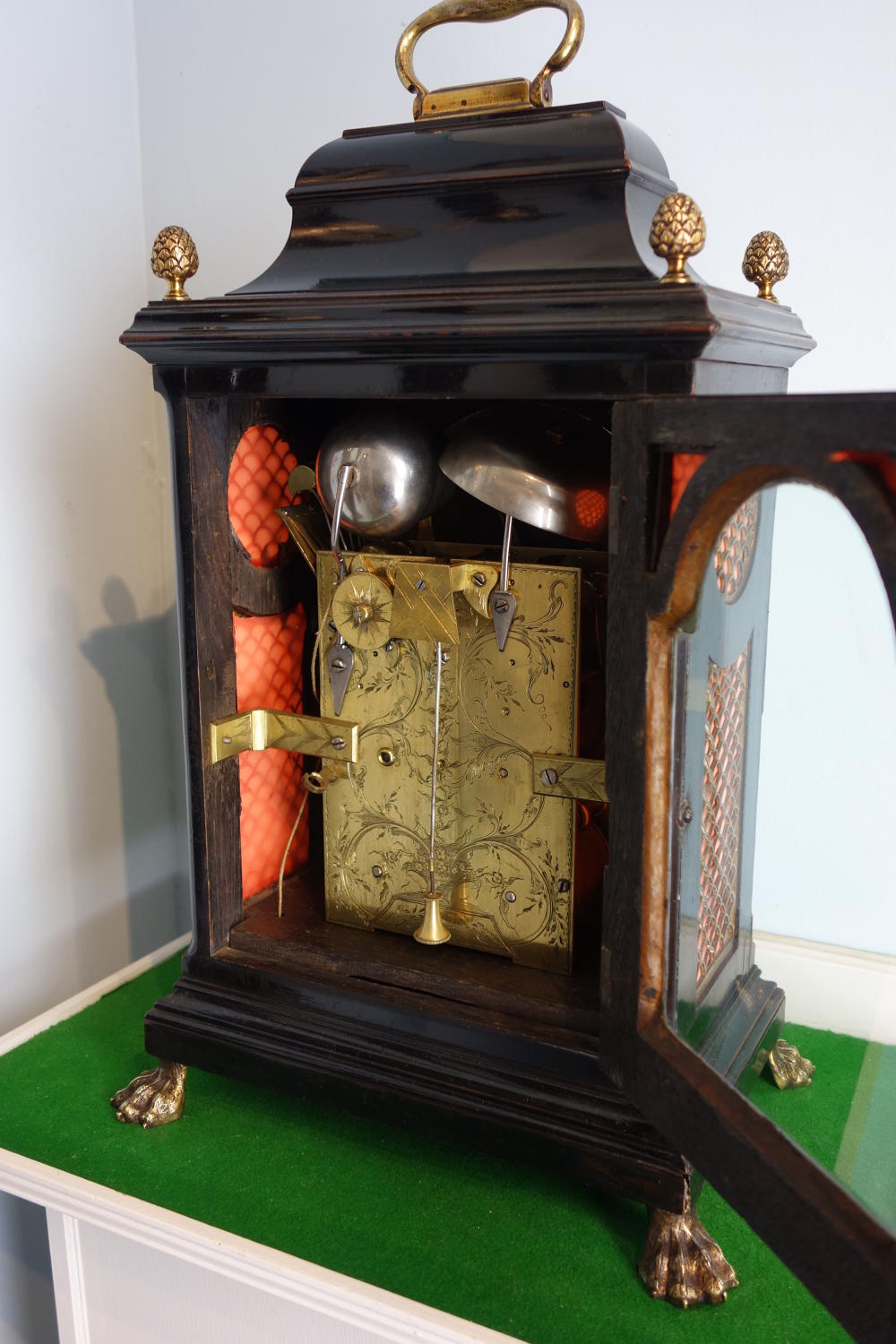 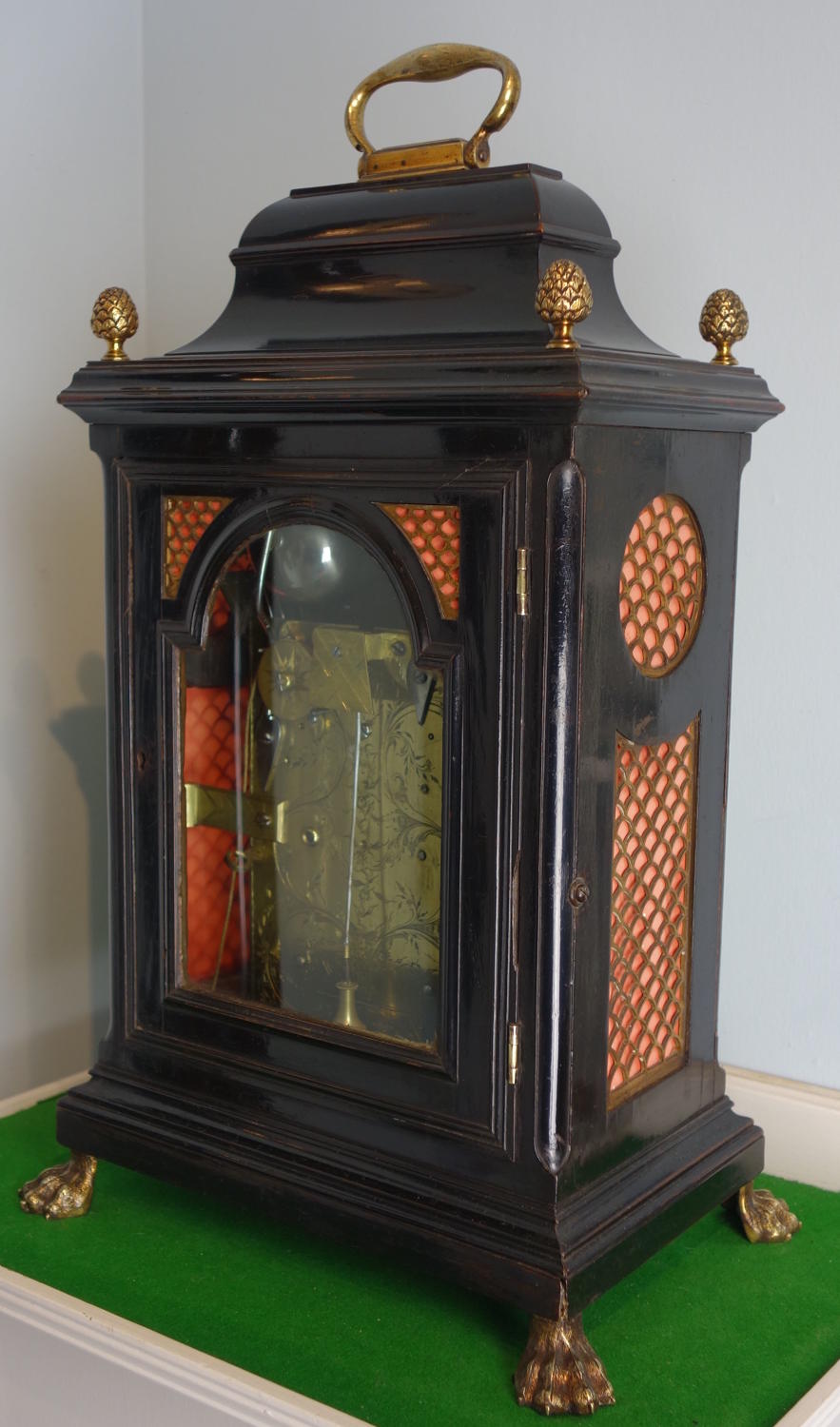 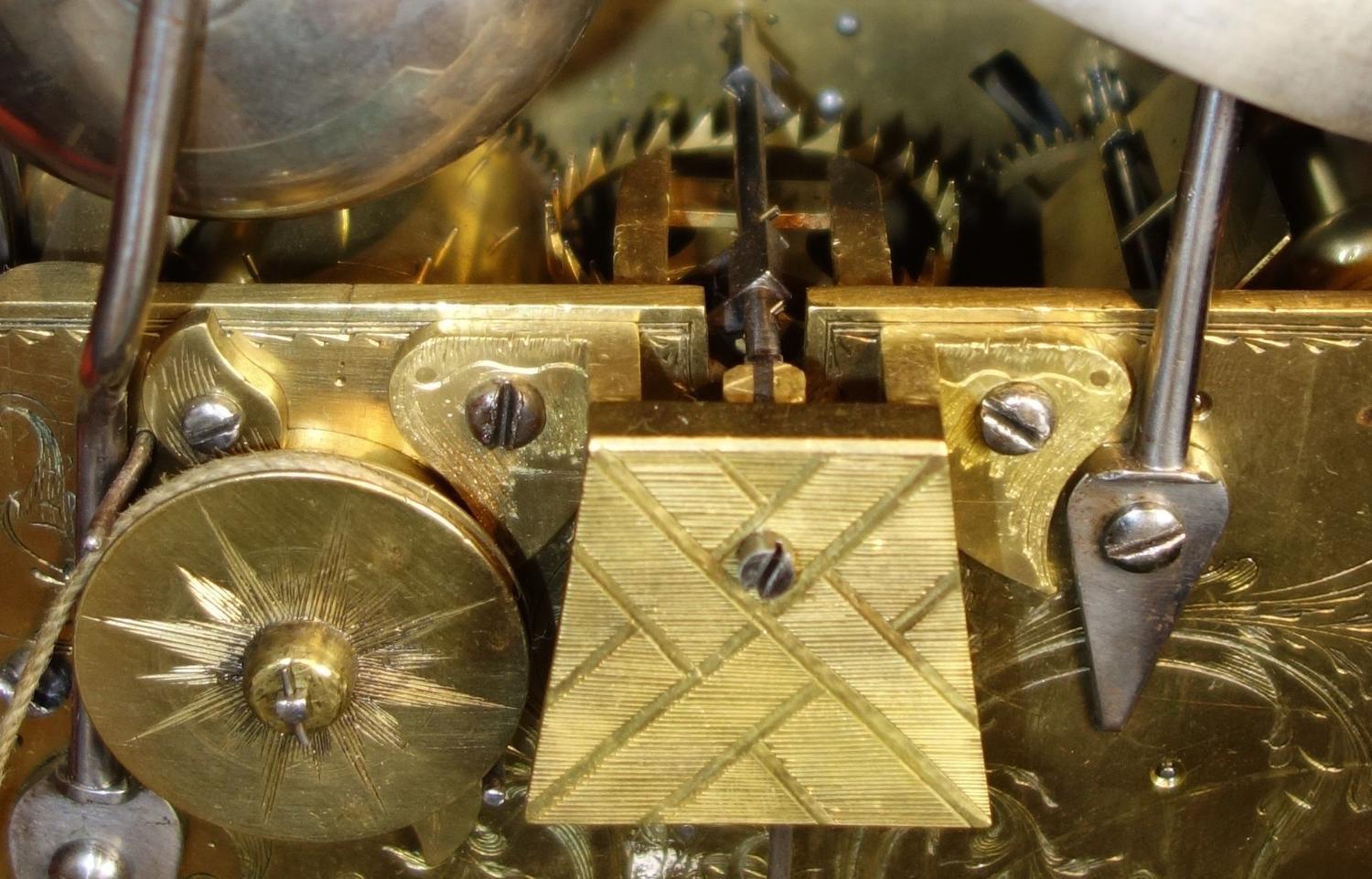 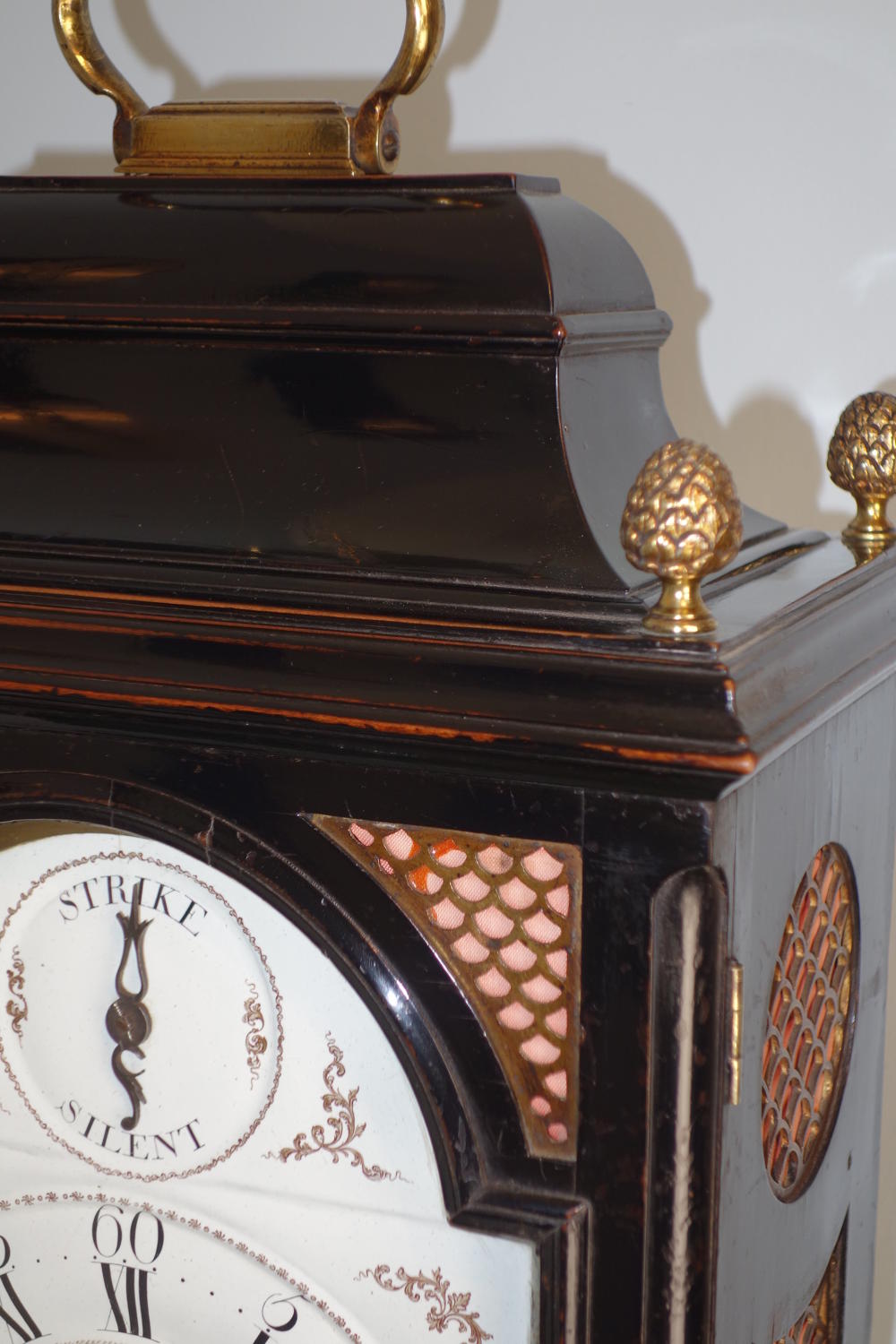 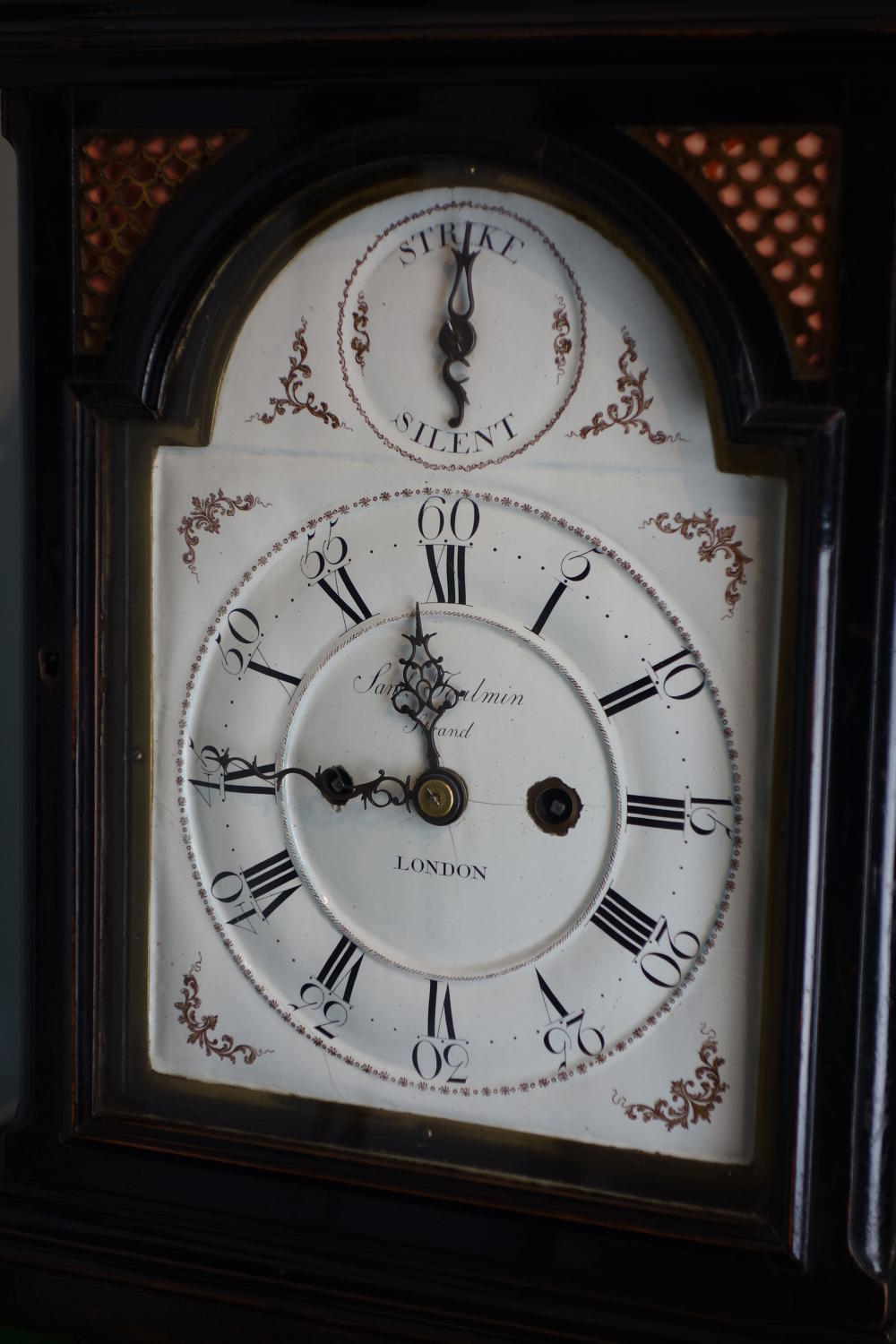 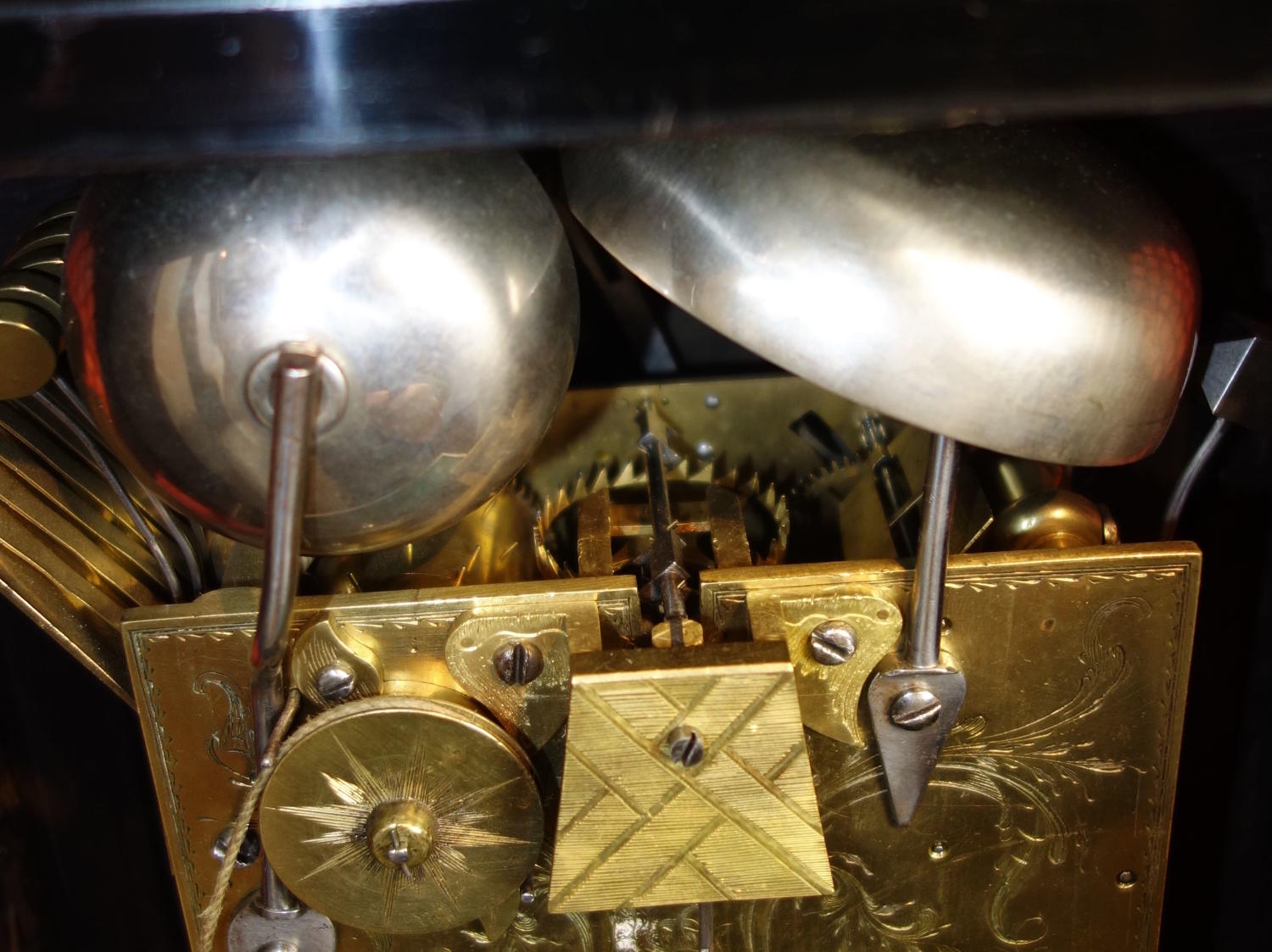